The laser harp is a musical instrument which can be played by waving your hand above laser beams, blocking them temporarily. The laser beams which allow the laser harp to produce sounds are equivalent to the strings of an ordinary harp. In addition to the sound it emits, the laser harp also produces dreamy visuals through its laser light show. Jean Michel Jarre helped popularize this instrument. 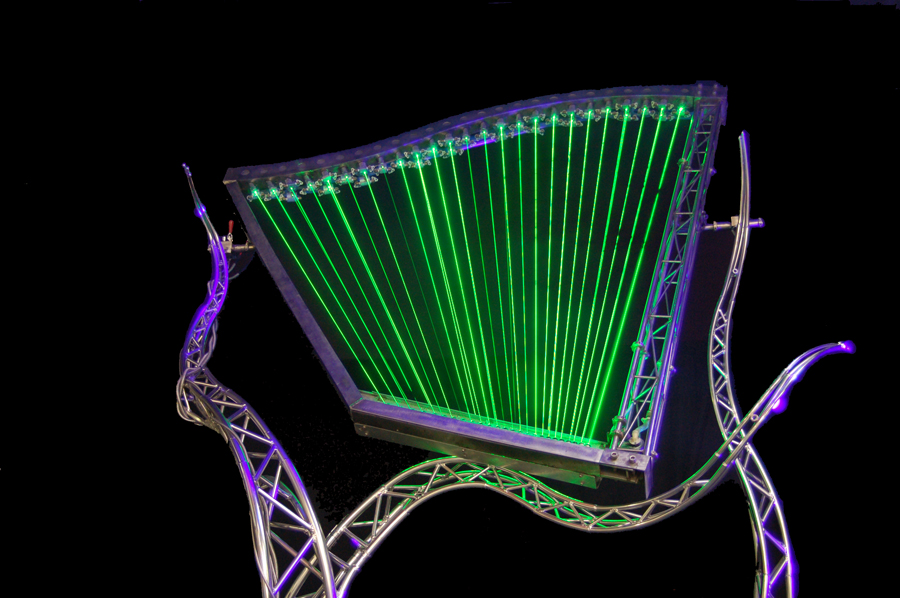 There are different styles the harp can come in such as unframed or framed. The sound is produced by connecting your harp to a computer, synthesizer or sampler. In the unframed type, the harp is usually built with a single laser which scatters its beam in a fan display. There is nothing that limits the beams in the upper part . This type relies on light being reflected back to a single photodiode. The unframed type is built to look like an ordinary harp. The photoresistors or photodiodes can be in the upper or lower part of the frame. In both types, a pretty high-powered laser is needed of at least 20 mW of power for the beams to be seen in the air. This is the reason why users of the laser harp should wear protective equipment such as gloves and glasses for the exposed skin and eyes.

If you’d like to try to make a laser harp yourself, you can follow the instructions here, on Instructables or on Makezine, but you will need some Arduino and soldering skills and the parts required. Additional information about this instrument can be found on Harpelaser and of course, on Wikipedia. See this Youtube video or this one, to hear how the laser harp might sound. Also, if you found this musical instrument interesting, you might also like the theremin which is played without touching anything, too.