There may be a new solution coming to the United States for migraine sufferers. Approved by the USDA on March 11, 2014, an electrotherapeutic device, known as Cefaly, presents an alternative to drug and chemical-based solutions.

Created by a Belgian company, STX-Med, Cefaly relies on electrical stimulation to prevent migraines. With this device already approved and available in Europe, Canada, and Australia, the use of electricity as a medical alternative for those either unresponsive or unable to take drugs is a quickly growing application. Closely resembling a headband, Cefaly works by sending slow electrical stimulation through the trigeminal nerve, found on the front and center of one’s face. 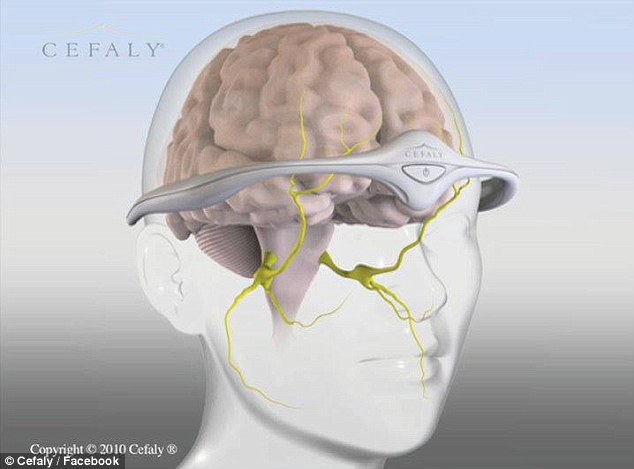 According to the makers of Cefaly, these impulses are virtually imperceptible and can be adjusted for individual use. The trigeminal nerve, the target of the device, sends information concerning perception, temperature, touch, and pain from the face to the brainstem. Thus, utilizing the method of the Gateway Control System, Cefaly eliminates pain from migraines by overriding it with signals from endorphins triggered through the electrical impulse.

Now, as exciting as this new field of electrical medicine is, the ultimate question facing migraine sufferers is whether Cefaly works or not. In a study of 67 migraine patients published in the February 2013, issue of Neurology Journal, the results were promising, showing a therapeutic gain of 26%. This is the same range as other drug and nondrug migraine treatments currently available, and it is possible that this treatment may be effective for those who do not find relief with drug treatments. In another user-satisfaction survey 54% said they were satisfied with the device and willing to purchase it. While this may not seem like an overwhelming majority, the study showed that those who were unsatisfied with the device used it less than half the recommended amount.

So it seems that Cefaly is a promising solution to migraine prevention, though it does nothing to stop pain once a migraine occurs. This it requires consistent use to prove effective. The sellers of Cefaly recommend using the device once a day for 20 minutes. It is a portable, battery-powered device, making it easy to have a 20-minute session on the go. But although Cefaly’s headband design is relatively sleek, it is not nearly as subtle as popping a pill. Consequently this new technology may take some time to catch on. It is also key to note that whereas pills are typically taken once a migraine strikes, Cefaly’s success is reliant upon prevention through consistent use of the device.

The health industry is in the process of trying to move towards prevention over last-minute care, and electrical stimulation seems to be helping us head to that direction. Additionally, pills may have side effects or be dangerous for pregnant women, but Cefaly has no significant side effects and is a safe and well-tolerated treatment for migraine headaches. With a price tag of $349.99, it may seem like a costly investment, but for the 10% of the world who suffers from migraines, it is well worth it.